GTSA played host for this tournament at the Normandy Hotel, Renfrew on Sunday 22nd February. This time Glasgow players made up 7 of the 17 competitors. Tom Burns once again reached the final, once again played Steve Bennett and once again lost, 4-0 being the losing margin. Burns won his qualifying group and then beat Englishman, Brian Daley 3-2 to make the final. Bennett with one event still to go, cannot be caught and therefore retains his championship. Burns is in a good position to finish runner-up. Next best for GTSA was Baver Bari. He won his group edging out Dave Gladman by virtue of having scored one more goal. Bari’s reward was a crack at Steve Bennett where Bari did score 2 goals but unfortunately conceded 6. Defeat then to Daley meant a 4th finish for Bari, an excellent performance. 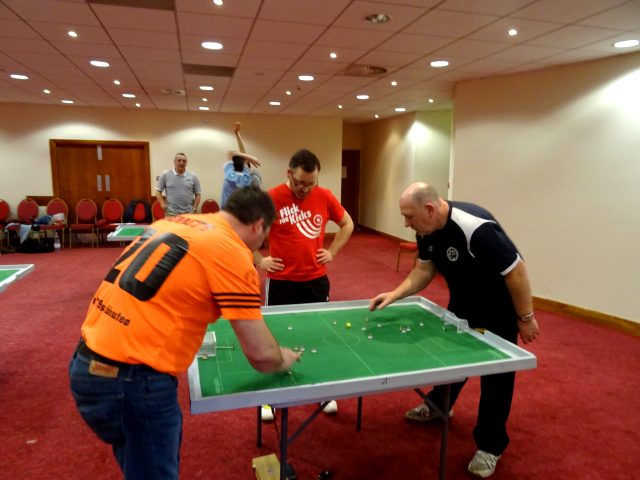 Dave Gladman qualified for the 5th-8th place finals where he had a 1-0 victory over Malcolm Lees before succumbing 3-0 to Gareth Christie. Sixth place was Gladman’s best finish so far. Colin Berry and Ronnie McKenzie both finished 3rd in their groups. Berry had started well beating John Halpin 4-0 but then slumped to two 3-0 defeats to Gladman and Bari. McKenzie had lost by a single goal to both Tom Burns and Ben Staples in his group. The result was that Berry and McKenzie were drawn to play each other in the 9th-12th placings finals. Locked at 1-1 the game went to shots and it was Berry who was victorious. Berry was to finish 10th after finding Greg Dand just too strong. But for McKenzie it was another 1-1 draw and another defeat on shots, this time to Conor Bowden and he had to settle for 12th. 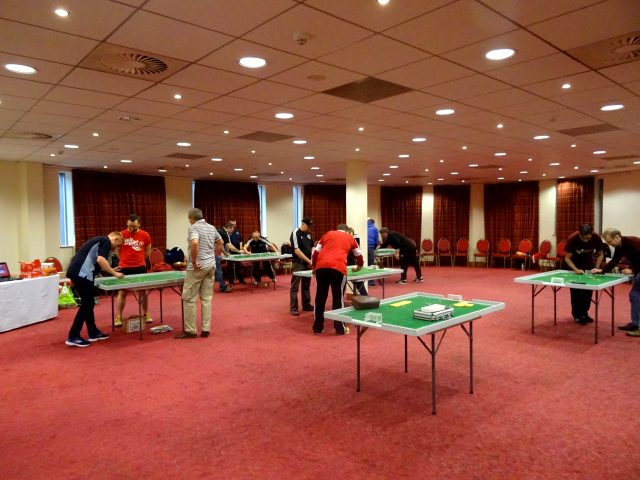 As already reported John Halpin lost 4-0 to Colin Berry in the all Glasgow group. His other two matches were closer but ended in single goal defeats. In the 13th-16th finals he lost to Dave Baxter but finally managed a victory when he overcame Craig Thom 2-0, thus finishing 15th. Unfortunately for Fraser McKenzie he was drawn in the ‘group of death’ with Gareth Christie, Greg Dand and Brian Daley. This meant he had the poorest 4th place finish (but by only one goal) and had to play off with Andy Beskaby who had finished 5th in the group of five. Beskaby won 2-0.