Four competitive matches were played tonight but the focus was on the live link with the Riverside Show on STV Glasgow. After Dave Gladman’s appearance on the show two weeks before to promote the GP, STV were keen to do a live showing at Woodend with roving reporter, Colin Stone. After interviewing Tom Burns and Willie Fleming, Colin tried out his skills against Tom Burns with Willie Fleming refereeing! 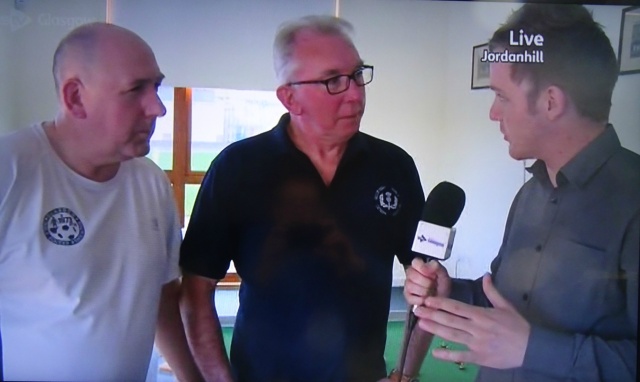 Tom was in no mood to show any mercy to the STV reporter but Willie was quick to disallow a Burns’ ‘goal’. The picture below suggests he might have been wrong. 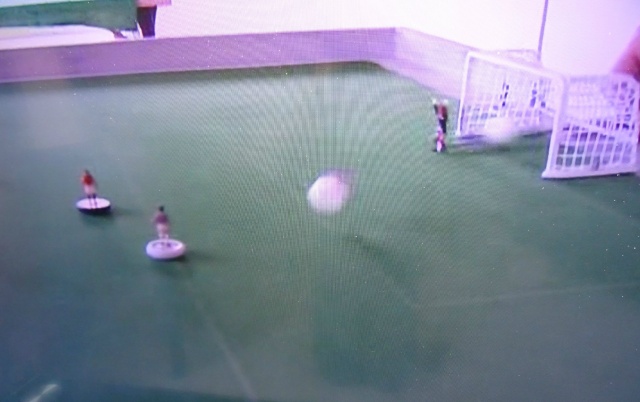