Only two league matches were played tonight. Dave Gladman extended his unbeaten run to six games by holding Tom Burns to a 1-1 draw. Burns secured the early goal he was looking for, hoping that Gladman would come forward and leave gaps which Burns could then exploit. Gladman was more adventurous but he was still able to keep possession well. Burns grew frustrated as he looked for the second goal which did not materialise. Midway through the second half Gladman equalised with a deflected shot and after that he rarely allowed Burns possession of the ball. Burns has now recorded six draws, twice as many as last season and he trails Malcolm Lees by six points. So far Lees has been able to win matches which Burns has drawn. Lees is going to be difficult to catch. He is undefeated but has drawn with Burns, Gladman and Colin Day. 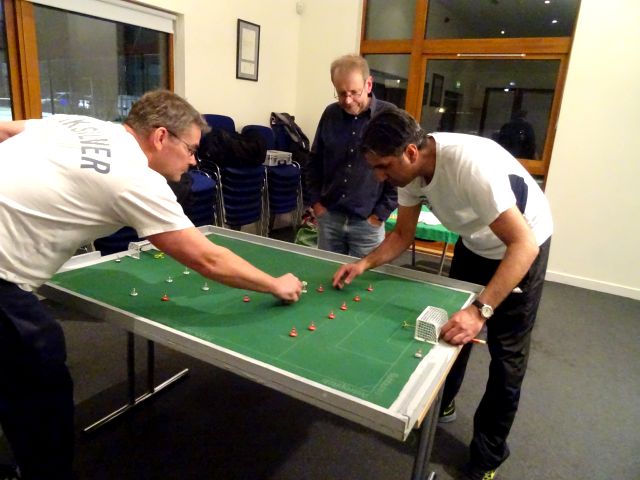 John Halpin has also clocked up six draws this season but tonight he experienced defeat at the hands of Baver Bari. Halpin created lots of chances but could not find the net and more often than not could not even find the target. Bari, however, showed much more composure in front of goal and was certainly deserving of his 2-0 victory. This win lifted him three places up the table. Halpin is still searching for his first victory.