Only four players braved Storm Henry to attend the club tonight. One league and one cup match took place. In the league it was a big match, a title decider perhaps between Malcolm Lees and Tom Burns. Certainly it was a match which Tom Burns really had to win. Burns started with intent, he would take the game to Lees. It’s a style which we have come to expect from Burns. The purpose of the game according to Burns is to score goals and that means attack. Burns fully deserved his half-time 1-0 lead and perhaps he was unfortunate not to be further ahead. There was a lot of tension and the match was littered with simple errors with many moves unecessarily breaking down. The second half was more even but Burns attacking style will always give his opponents opportunities to score and Lees was able to take one of those opportunities. Burns poured forward trying to find that all important winner but it was not to be. Both matches between these two players have ended 1-1. It is their matches against others players which have decided the championship. Burns has dropped points to five other players, Lees only two. 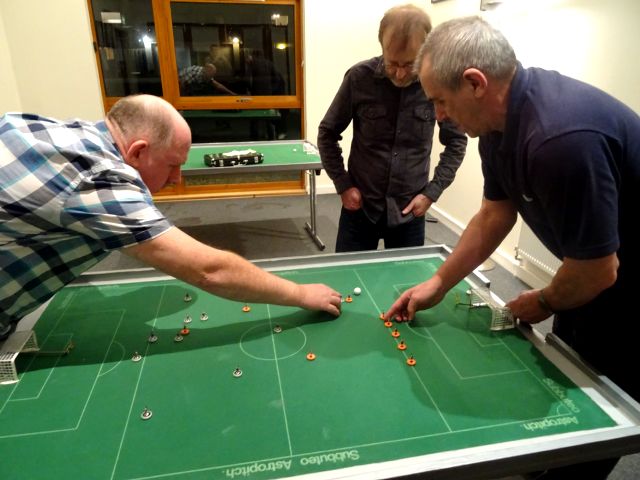 The first action in this season’s Association Cup also took place tonight. But this match will have to be played again as neither Dave Gladman nor John Halpin were able to find the net. This was not an exciting 0-0 draw. A game of frequent errors it was fought out in midfield where neither player was able to find any fluency. With sixteen draws between them in the league so far it is surely not surprising that this game also ended in stalemate. 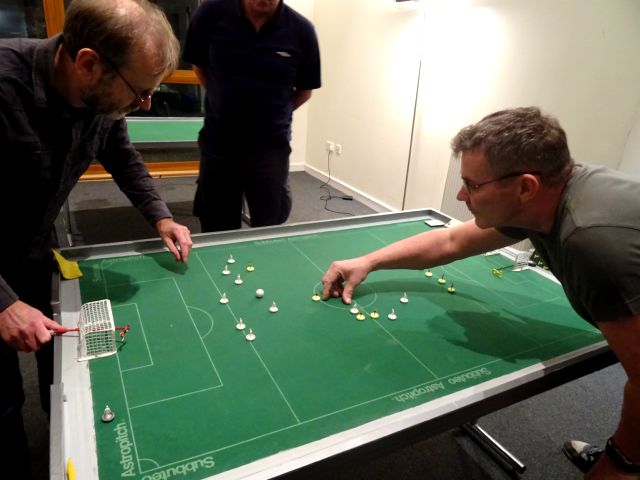