Six league matches took place this evening. In the absence of Malcolm Lees, Tom Burns was able to pull away at the top of the league. Burns is now 7 points clear with Lees having two games in hand. Burns wasn’t really tested in either of his matches, a 3-0 victory over John Mathieson and a 4-0 win over Dave Houston. Mathieson did offer some resistance and managed to hold at 1-0 until half-time. Two clean sheets for Burns although he has in fact conceded more goals than any of the top six players. Burns’ game, however, is about scoring goals. 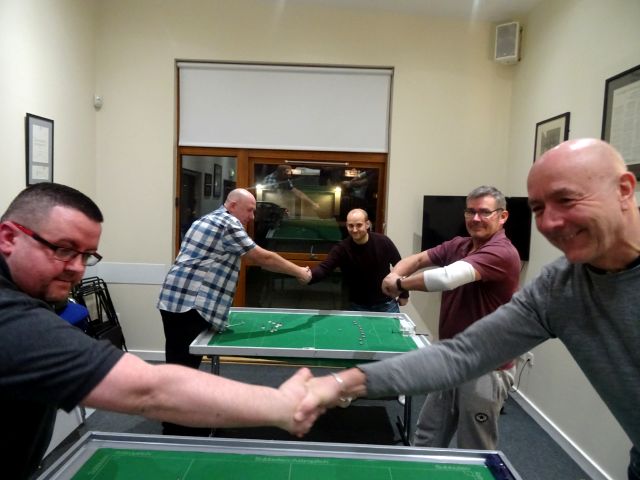 Dave Houston, unlike Burns, is a player who is having great difficulty finding the net. His scoring average is only 0.2 goals per game or two goals in total. Admittedly tonight he had three tough matches against Burns, Barry Corr and Dave Gladman. Houston has constantly changed the figures he uses so perhaps he needs to stick with the same team. Choosing a modern team might also lead to an improvement in performance. 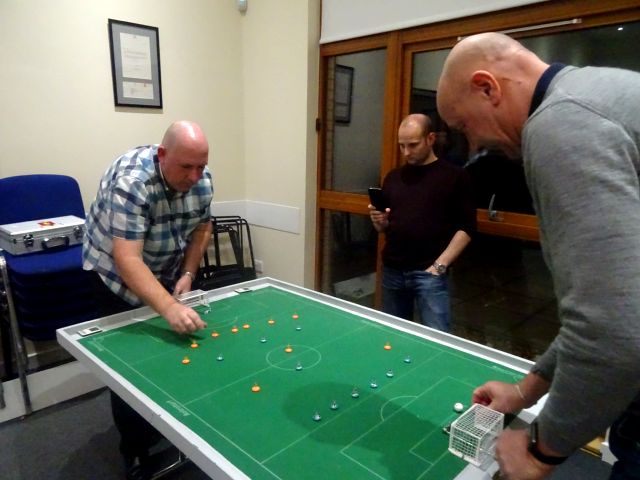 Before tonight Dave Gladman had only once this season conceded more than one goal in a league match. It was to happen again this evening and surprisingly, it was to John Mathieson. Gladman struggled to maintain possession in the game and went behind to two well-struck Mathieson goals. Gladman came back to level but could not find the winner. For Gladman it was a blow to his chances of finishing third and for Mathieson it was another marker in his progress. 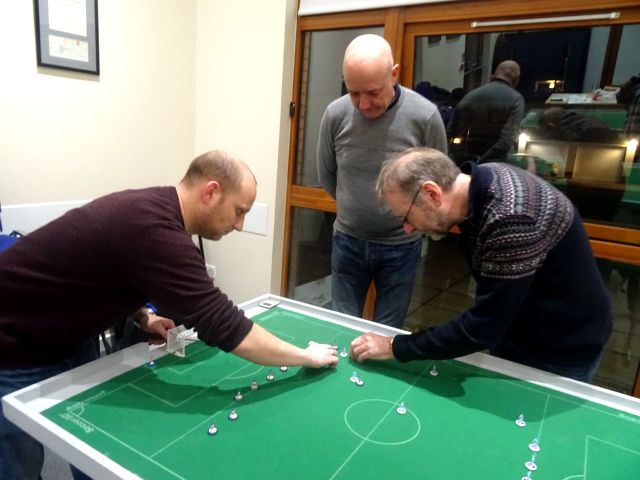 Barry Corr improved his chances of making third spot with two victories, one over fellow contender John Halpin. The pair had drawn 1-1 in their previous encounter but this time Corr had a decisive win.