For the last couple of seasons the league has been dominated by Tom Burns and Malcolm Lees. In the whole of the last campaign Burns lost only 9 points and Lees 12. Already this season Burns has dropped 8 and Lees 7. Worryingly for Lees, he has lost those points in his first three matches, all played tonight. In his first match he drew with Dave Gladman. After taking the lead Lees conceded an equaliser after only a minute or two. Lees failed to beat Gladman last year and indeed lost one league match. Lees also drew one and lost one against Burns and in their meeting tonight neither player could find the net. Few chances were made in a match strewn with errors. John Halpin has been getting closer to Lees in recent matches but finally he managed to make the breakthrough. Halpin dominated the match and thoroughly deserved his 1-0 victory. 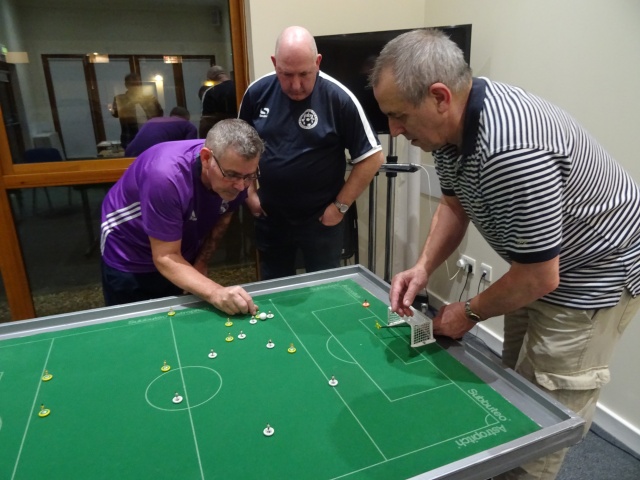 Halpin didn’t carry his form aganst Lees into his match against Gladman. Getting the first goal was crucial and although Halpin did have opportunities it was Gladman who added to the scoreline. Gladman had earlier lost out 3-1 to Burns. Burns opened the scoring but Gladman immediately hit back for a 1-1 half-time scoreline. In the second period Burns pushed forward looking for victory. Gladman spurned opportunities to exploit the gaps in the Burns’ defence and eventually Burns’ attacking intent paid off.