The final Group A Glasgow Cup match took place with Tom Burns defeating Baver Bari by two goals to one. Bari opened the scoring with a somewhat controversial goal where Burns was convinced his opponent’s attacker had hit a defender before the ball. Burns, however, went on to score two second half goals to secure victory. Burns won the group with Dave Gladman second. Bari, Colin Berry and Dave Houston all finished with three points but Bari and Berry took third and fouth places to qualify on goal difference. 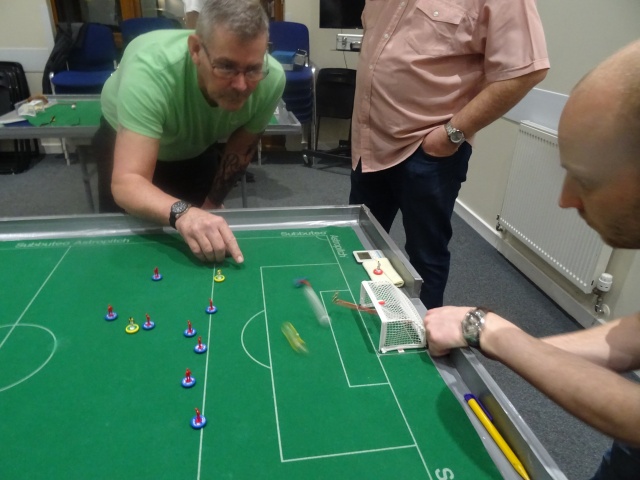 In Group B, John Halpin and John Mathieson fought out a goal-less draw. Willie Fleming has won the group but the other placings are yet to be decided.

One league match was played where John Mathieson defeated Baver Bari 3-1. Mathieson had the perfect first half, racing to a 3-0 lead. Bari came back in the second period but his dominance only resulted in one goal. The win takes Mathieson off the foot of the table. At the top Tom Burns leads Willie Fleming by two points but Fleming has a game in hand. 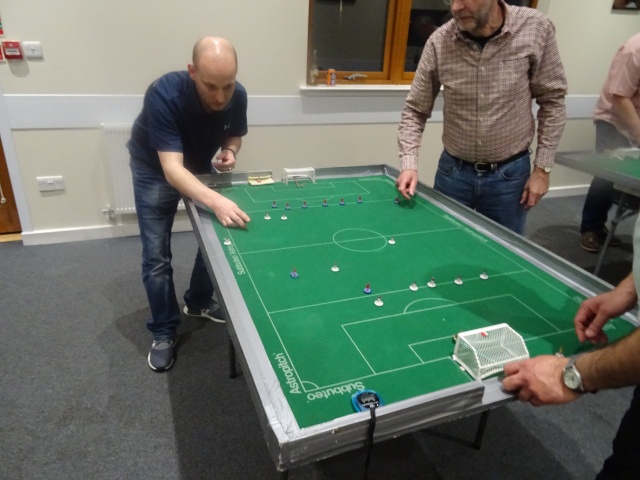