The first round of the Association Cup kicked off tonight but both matches ended in stalemate. Dave Gladman took the lead against Baver Bari but Bari was able to equalise. Both players had opportunities to score a winner but in the end they will have to do it all again. John Halpin and John Mathieson produced the same scoreline in their encounter with Mathieson going ahead only to be pulled back in the second half. Tom Burns awaits the winner. 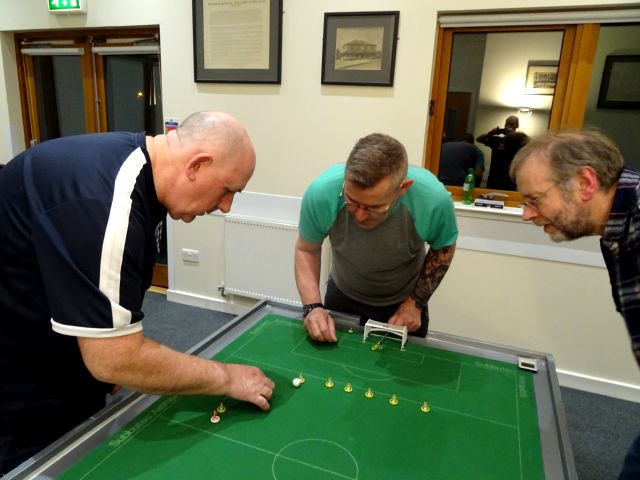 The league title has shaped up to be a contest between Tom Burns and Willie Fleming. Tonight’s results shifted the odds towards Burns. Burns had been disappointed in his last league match when he lost unexpectedly to Baver Bari but he got back on track with two wins, one a comfortable 3-0 win over John Mathieson and the other a more difficult victory over John Halpin. There was doubt over the outcome right up until the final minute when Burns scored his second. It was Willie Fleming’s turn for disappointment when he could only draw against Halpin and Bari. Twice Fleming had to come back against Bari to secure a draw. Burns is now back in the driving seat and having Fleming played twice he is back as title favourite. 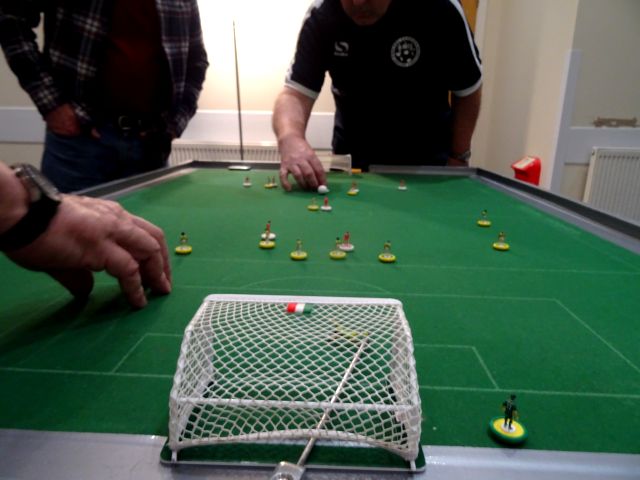