This was John Mathieson’s night as he played in each of the threes matches which took place. He played well in each of them. Against Baver Bari in the Glasgow league he came from two goals down to win win 3-2. In the SPSL he recorded a great result against Tom Burns, this time a late equaliser earning him the draw. But in the Glasgow Cup quarter final he lost by the only goal of the game to Dave Gladman. Mathieson’s play in the match should surely have been worth a replay. 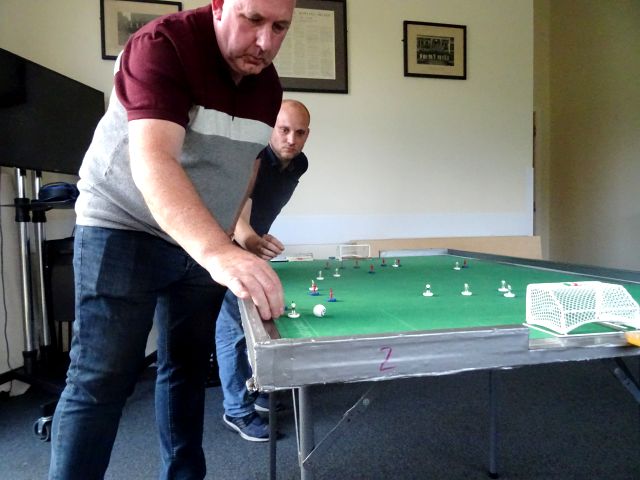