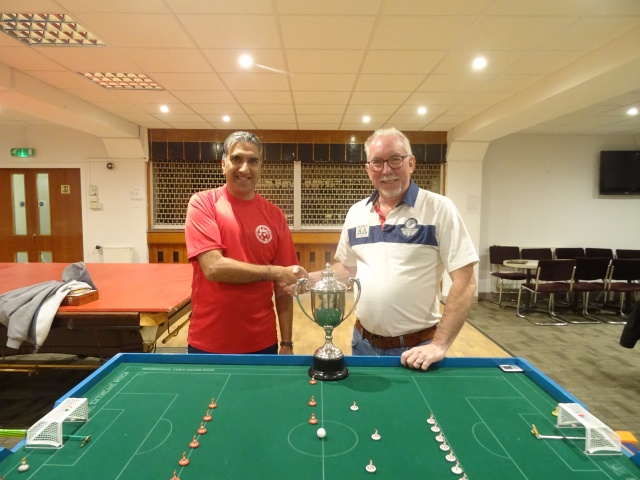 The final of the Association Cup, held over from last season was finally played tonight. Willie Fleming who had edged out Tom Burns in the semi-final, faced Baver Bari. The two had recently played a league match which ended in a narrow Fleming victory. Fleming took an early lead. Both players then had chances but a major controversy arose just before half-time. Fleming thought that his shot had resulted in a second goal but Bari and sections of the on-lookers were convinced that the ball had hit the bar and had not crossed the line. The referee, however, had immediately awarded the goal and was not to be persuaded otherwise.

The second half started well for Bari as he hit back with only a minute gone. Thereafter Fleming tried to smother the game and Bari, when he did get possession, was too rushed in his play and surrendered the ball too easily. With time running out Fleming was able to seal victory with a third goal and thus take the club’s most prestigious trophy. 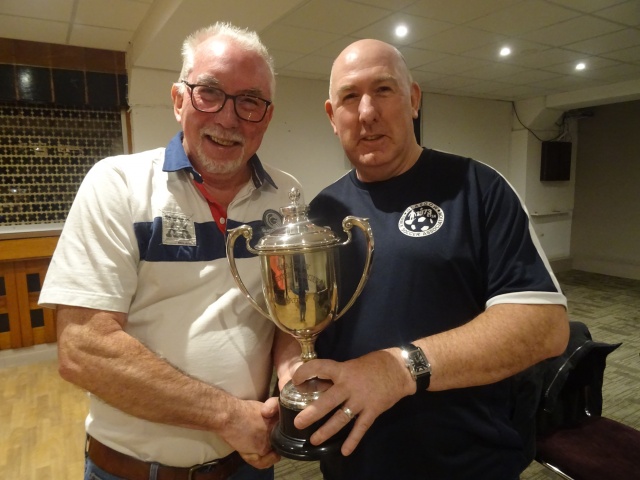 In the league Tom Burns went to the top of the table, albeit on goal difference, with two victories. The first was a comfortable victory over Brian Spoors and the second a difficult 1-0 win over Willie Fleming. Fleming could count himself unlucky to lose all the points in this match. Dave Gladman also maintained his 100% record coming from behind to defeat Dave Houston. Houston scored straight from the kick-off with a piercing move through the middle of the Gladman defence and held the lead until half-time. Gladman showed some resilience by equalising and then scoring a late winner. Houston was disappointed to suffer a second narrow defeat, this time to Baver Bari who moved up to third place.