Dave Houston is probably enjoying his best season since returning to play in the modern era. Eight goals conceded in thirteen matches, eight clean sheets and never losing more than two goals are indicators of a top quality defence. Scoring goals, however, has been a problem but tonight Houston managed a convincing 3-0 victory over John Halpin. Often accused of slow play, Houston’s first goal was a swift passing move down Halpin’s exposed right side followed by a deadly acute angled finish. Houston was now set up for a comfortable win. 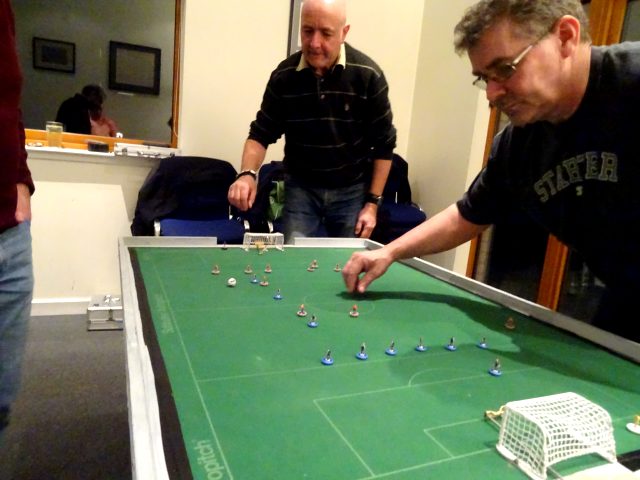 The last league meeting between Houston and Dave Gladman ended goal-less. Tonight, after their second clash, they have now managed 60 minutes without a goal. That is not to say that both players did not have chances. They did, but in a hard fought match, good goalkeeping and poor finishing kept the scoreline blank. Houston now moves up two places into fifth. It was Gladman’s sixth draw of the campaign, probably damaging beyond repair his hopes of finishing third. 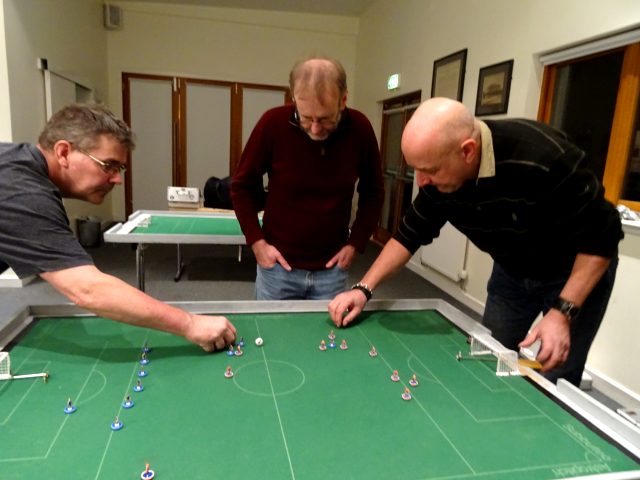 Tonight saw the first action in the Association Cup. Tom Burns has a good scoring record against Baver Bari and with a 3-1 half-time lead it looked as if Burns’ free-scoring would continue. But his finishing deserted him in the second period and it was Bari who pulled it back to 3-2. With no further scoring the match ended with a much tighter margin than might have been expected. 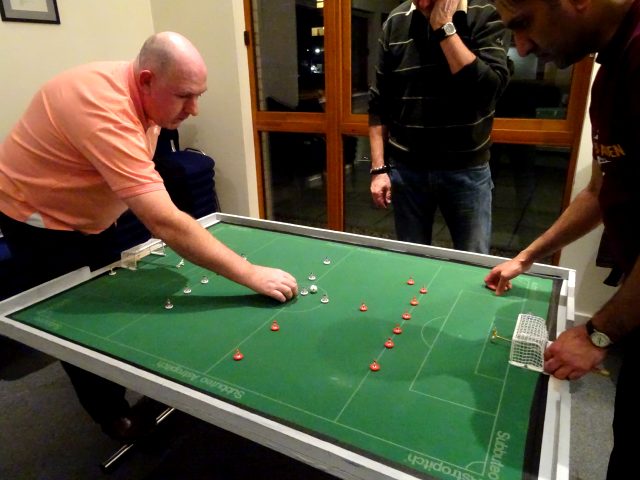