The opening night of the new season saw Dave Gladman topping the league at the end of play. All six players who attended got points on the board but all six also dropped points. Also tonight Malcolm Lees played his first games as a GTSA player. Lees will shortly be heading to Italy to represent Scotland in the World Cup and tonight he was provided with a couple of tough matches as preparation. 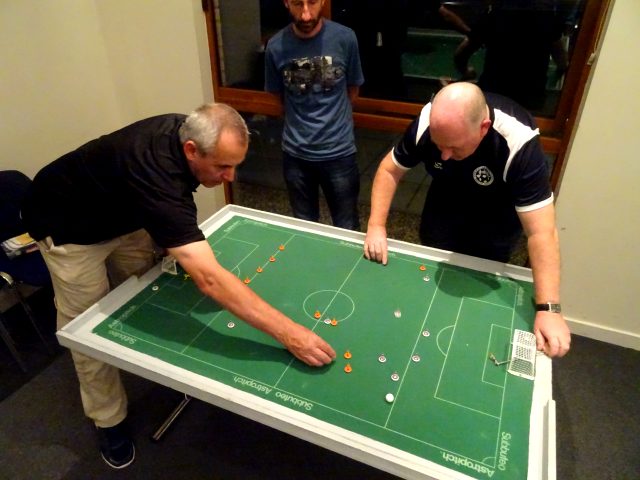 Barry Corr led Colin Berry 1-0 at half-time but in an exciting second half it was honours even with a 2-2 draw. Last season Colin Day won both his matches against Dave Gladman but tonight the tables were turned.The only goal was scored in the first half when Gladman managed to squeeze a shot between goalkeeper and post. A draw would probably have been a fair result although both players missed second half opportunities. 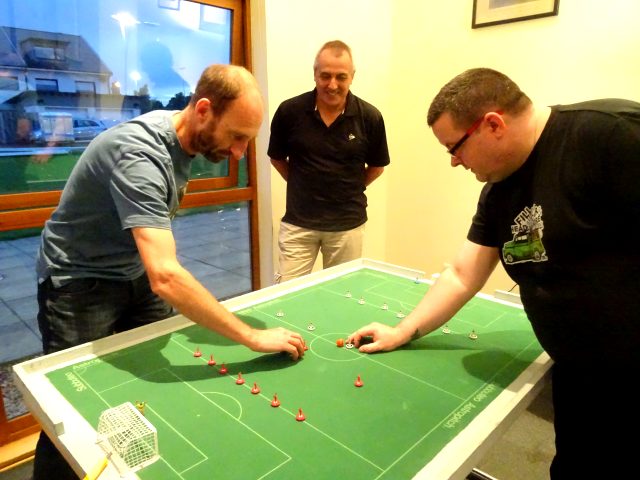 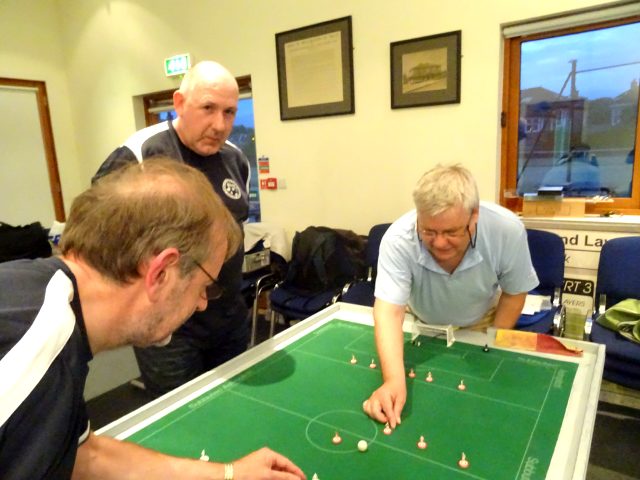 Malcolm Lees couldn’t have been given a tougher first match than League Champion, Tom Burns. It was Burns who took the lead but he couldn’t hold it and both players had to settle for a share of the points in a match which had its fair share of uncharacteristic errors. Next up for Lees was Dave Gladman. As in his first match Lees went behind and as before the match finished 1-1. Gladman had more of the possession but Lees certainly had the better chances, Gladman’s goalkeeper having some fine saves. 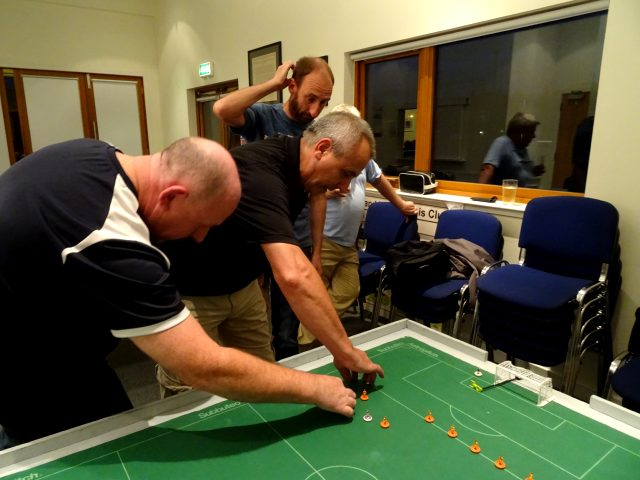 In the final match of the evening Tom Burns met Colin Day. Burns was eager to get his first win after dropping points to Malcolm Lees whilst Day wanted to get his first points on the board. Twice Burns was ahead and twice he was pegged back. Both Burns’ goals were of high quality, the end products of swift movement. Day’s first equaliser was a very powerful acute angled shot and his second a quick finish after good possession play.

It promises to be quite an exciting season.