Malcolm Lees took a step closer to the league title with a 4-2 victory over John Halpin. Lees had a narrow 1-0 lead after a first half in which Halpin felt unlucky to be behind. The second half saw a glut of goals in a short period. Lees showed clinical finishing to go ahead 2 then 3 nil. Halpin pulled one back only to immediately lose a fourth. Halpin scored again and that was the end of the scoring. Lees has a very good scoring rate to shots at goal, an area which Halpin must seek to improve.

Dave Houston re-started his league campaign with three matches tonight but only emerged with one point. His first match was against Willie Fleming and in truth Fleming was never in trouble after he opened the scoring although he could only find the net once more. Next up for Houston was Dave Gladman and it was Houston who took a one goal lead into half-time after exploiting a large gap in the centre of the Gladman defence. It was a determined Gladman who dominated possession in the second half and who eventually found an equaliser. Houston’s third match ended in defeat to Colin Berry but it was a match he really shouldn’t have lost. 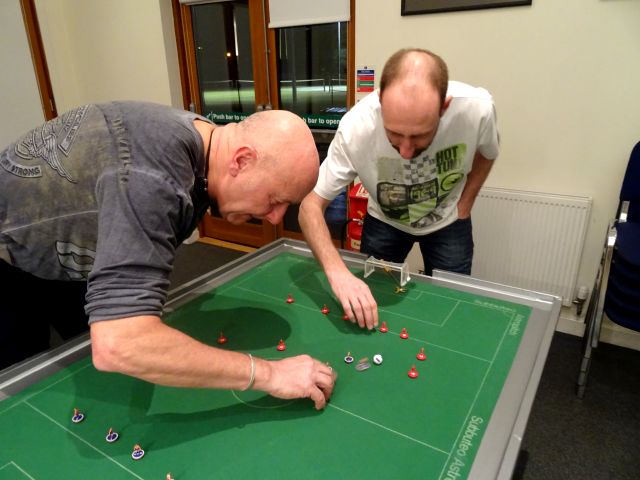 One match took place in the Woodend Handicap Cup. Colin Berry started one goal ahead of Willie Fleming but he was not able to retain that lead. Two goals from Fleming were enough to see him into the semi-finals. 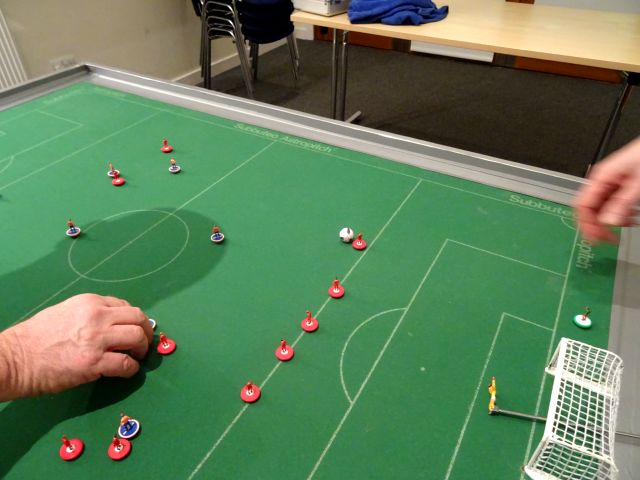