Baver Bari was full of confidence after finishing 5th in the Scottish rankings and tonight he added 4 points to his league total. He lost the first goal, however, against John Halpin. Halpin scorned a good chance to go two ahead but then allowed Bari to get back on level terms before half-time and to score the winner in the second half. Bari had beaten Colin Berry in their first league encounter but was not able to do so a second time, the match finishing 1-1. Berry then faced Dave Gladman with whom he had drawn 1-1 earlier in the season. This time Gladman got the upper hand but he had to wait until three minutes from the end before finally breaking the deadlock. 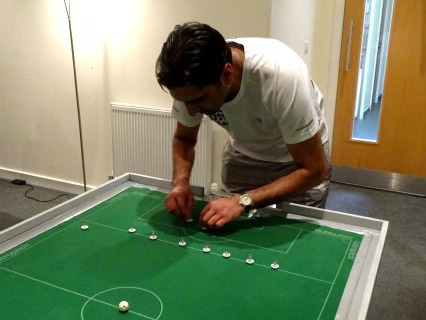 Willie Fleming had an indifferent start to the season but results have been improving recently with draws against Dave Butler and Tom Burns. Tonight he came up against Colin Day another who is coming in to form. Neither player was able to emerge victorious and both had to settle for a draw. One goal was sufficient, however, for Fleming to claim three points in a rather tetchy match against Dave Gladman.

The Handicap Cup first round saw John Halpin pitted against Colin Day. Day clawed back his two goal handicap but allowed Halpin to score. Halpin, therefore, goes into the quarter final courtesy of a 3-2 win. 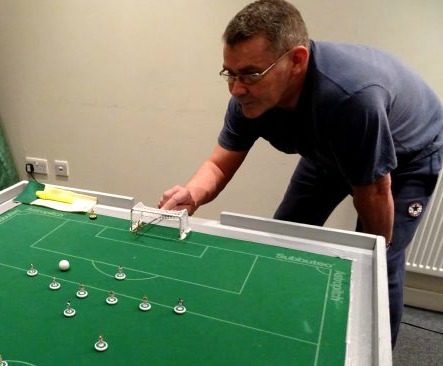