GTSA are delighted to announce that Malcolm Lees has joined the club from Manchester TFC. Malcolm dominated subbuteo in Scotland in the 70s and 80s when he ran the Livingston club. He was a pioneer in base polishing which is now standard practice for all players. When he returned to the game he became a member of Hot Club d’Ecosse for several years before transferring to Manchester last season. This past season he reached the semi-finals of both the Glasgow Grand Prix and the Dundee International Open as well as making the final of the Scottish Cup in Burntisland. In September he will be representing Scotland in the Subbuteo World Cup in San Benedetto in Italy. There he will play in the individual Veteran category and then for the Scottish team in the Open Team Event. Malcolm will therefore bring an added competitiveness to the Glasgow league which will be a benefit and a challenge to all our players. He will also strengthen the GTSA team, currently placed at 53 in the World Rankings. Malcolm has previously played with Glasgow players in a team event – representing Scotland at the World Cup in Manchester in 2012. 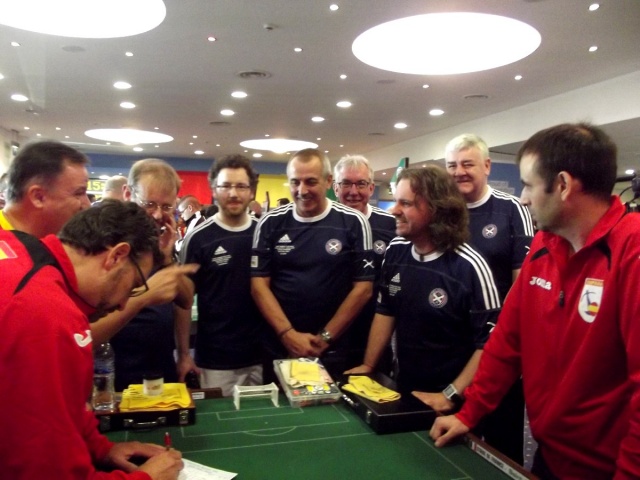