The first half of the SPSL Glasgow home fixtures is now almost complete with 33 of the 35 matches played. Match 33 saw Barry Corr just edge out Baver Bari by 3 goals to 2. Twice Corr took the lead and twice he was pulled back before he scored the all important winner late in the game. Corr has won 6 of his 7 matches and could be set for a high finish in the league. 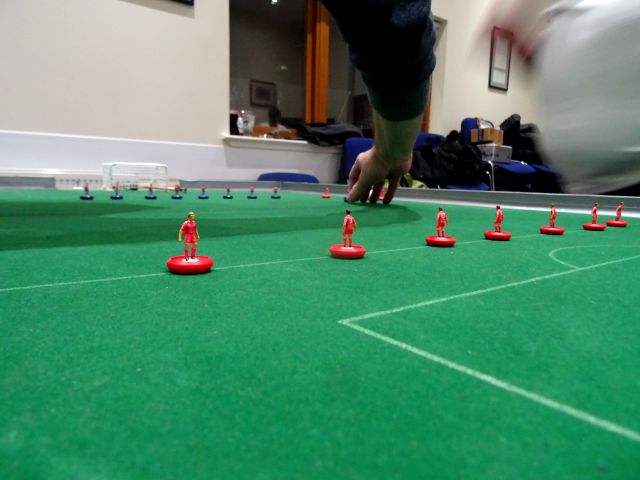 Three Glasgow Cup matches were played. In Group A Dave Gladman defeated Baver Bari 1-0. Bari had previously beaten Gladman in the league and the SPSL. It could easily have been a hat-trick of wins and although Gladman dominated play and had many more chances, Bari had the opportunities to score. Fraser McKenzie played two Group B matches. In the first he was well beaten by John Halpin but then had a good draw against Willie Fleming. 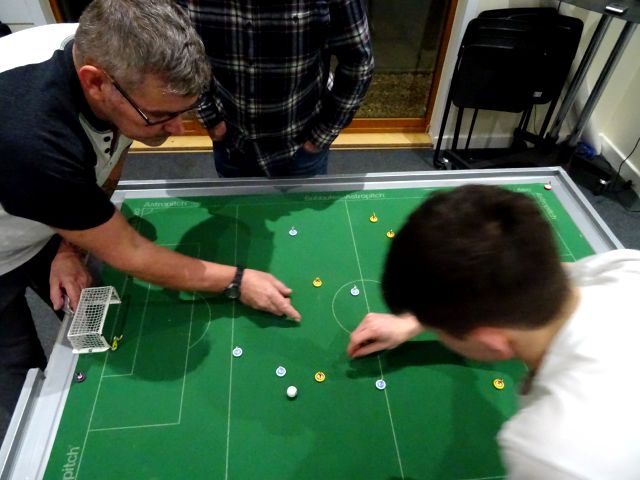 Willie Fleming had better joy in the league with a narrow victory over Barry Corr. It was a reversal of their SPSL encounter. But this win moves Fleming level on points with Tom Burns at the top of the league. Fleming’s goal difference is poorer but he does have 2 games in hand. Also in the league Fraser McKenzie improved on his cup performances with victory over Baver Bari in a very close match. Bari had an unlucky evening, suffering three defeats all of which could easily have had a different outcome. 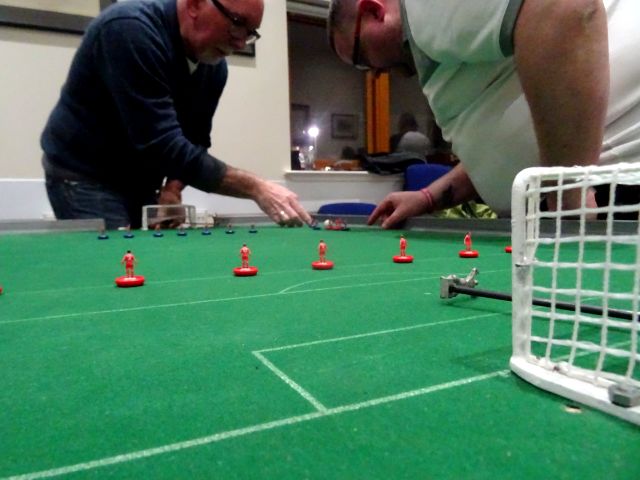 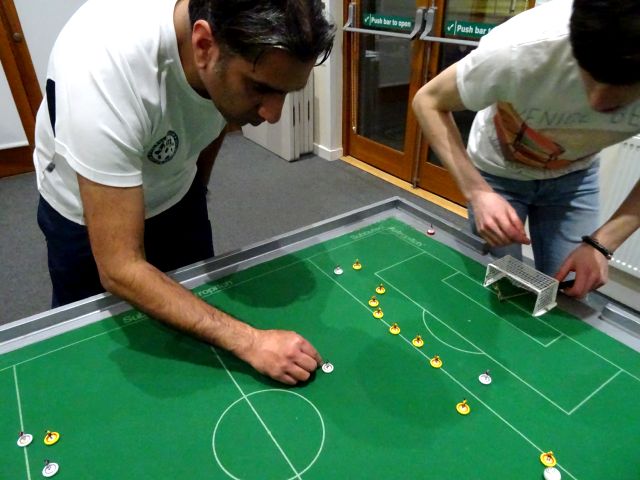