Fraser McKenzie returned to league action tonight. He played well in all three of his matches but in the end had only one point to show for his efforts. That point came in a 1-1 draw with John Halpin. McKenzie had to withstand sustained Halpin pressure in the latter stages of the match. Halpin laid seige on the McKenzie goal as he forced corners and throw-ins, but he couldn’t find the breakthrough which would have given him victory. Next up for McKenzie was Tom Burns. Burns had put himself in position where winning his remaining three matches would give him the title but any slip up would let Willie Fleming back in. Burns really had to work hard to get victory and it took two very high quality goals to subdue the McKenzie resistance. McKenzie had opportunities himself to score, particularly in the first half, but he failed to take them. McKenzie performed even better against Dave Gladman but again came away with nothing. Gladman, renowned for keeping possession for long periods was matched in this game by the young McKenzie. It was five minutes into the game before Gladman got his first touch of the ball. For all that it was Gladman who created the most clear-cut chances and it was Gladman who scored the only goal of the game with a quick movement into the shooting area and shooting on the run. 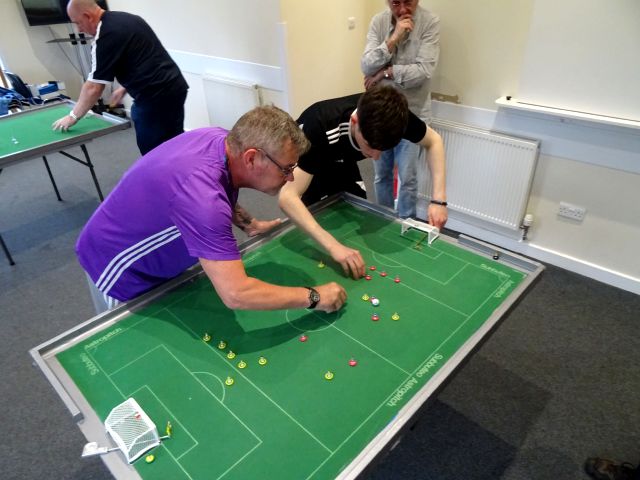 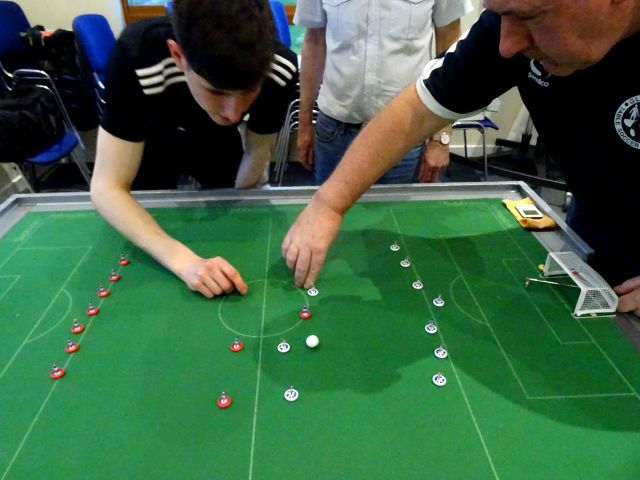 The draw was made for the Woodend Handicap Cup and the first match saw Brian Spoors make his competitive debut. Dave Gladman started seven goals behind and by half-time had only managed two strikes. Spoors had one good opportunity in the first period but failed to connect in front of goal. Gladman was more controlled and incisive in the second half and drew level at 7-7 with about three minutes remaining. Some Spoors’ goalkeeping heroics, however, prevented any further scoring and a replay was the outcome.