With the league almost due for completion eighteen home SPSL matches remained outstanding. This was reduced to sixteen tonight with Malcolm Lees playing Tom Burns and Dave Gladman. In the second half Lees cancelled out Burns’ half lead but when it looked as if the match would end in a draw, Burns found a winner in the final minute. The other match was also closely fought but Dave Gladman was unable to take the chances he created and Lees ran out 2-0 winner. Burns now lies second in the National League with Lees fourth and Gladman eighth.

Both Glasgow league matches played involved Baver Bari who continued his good run of form with draws against Dave Gladman and Tom Burns. Bari raced to a 2-0 lead over Gladman at half-time but Gladman was able to claw back his opponent to earn a point. Bari also led against Burns but had to settle for a draw. These dropped points for Burns means that Willie Fleming could draw level if he wins his games in hand but Burns far superior goal difference is worth an extra point. Burns will have to drop points in his final game against Dave Houston if Fleming is to have any chance of claiming the title. 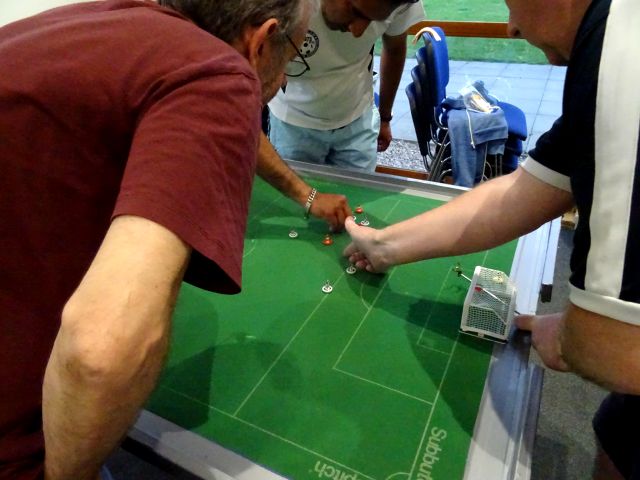 In the Woodend Handicap Cup Dave Gladman and Brian Spoors played their first round replay. At half-time Dave Gladman only had one goal to show for his efforts. He had peppered the Spoors’ goal but a combination of goalkeeper heroics and poor finishing kept the score down. In the second period Spoors kept better possession of the ball and Gladman’s opportunities were fewer. His three additional goals were well short of the required number.