This was the last club night of 2015 and Malcolm Lees remains in top spot in the league. Two wins for Tom Burns tonight reduced the Lees’ lead to just three points but Burns has played two games more than his rival for the title. Lees dropped points at the start of the campaign but since topping the league on the 2nd November he has not looked back. It’s now unlikely that Dave Butler will compete further this season in the league and with everyone else continuing to take points off each other, Lees must be strong favourite to become champion. 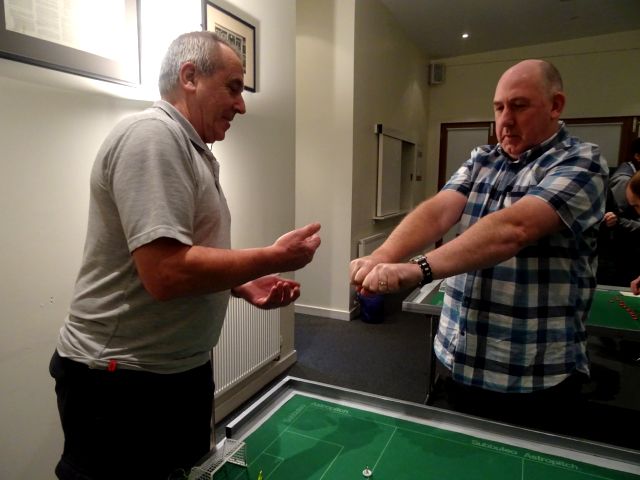 Tom Burns has re-found his scoring touch recently and tonight he found the net nine times times in his two matches against John Halpin and Ronnie McKenzie. Halpin had his moments against Burns and was well in the game at 1-1 but he couldn’t convert any of his further opportunities into goals. In McKenzie’s previous encounter against Burns he scored four times but this time he could only take one of his chances. With Burns’ attacking style of play an opponent will always have opportunities himself but he must also defend well. 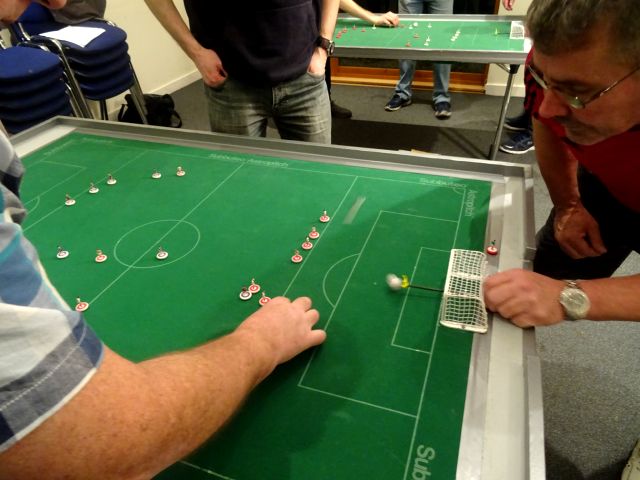 It was a good night and indeed it has been a good season so far for Colin Berry. He has lost only two league matches and these were to the leading pair, Lees and Burns. Six points tonight lifted him four places up the table. Berry led 3-0 against John Halpin and managed to withstand a Halpin fightback to win 3-2. Then followed a 2-0 victory over the improving Fraser McKenzie. 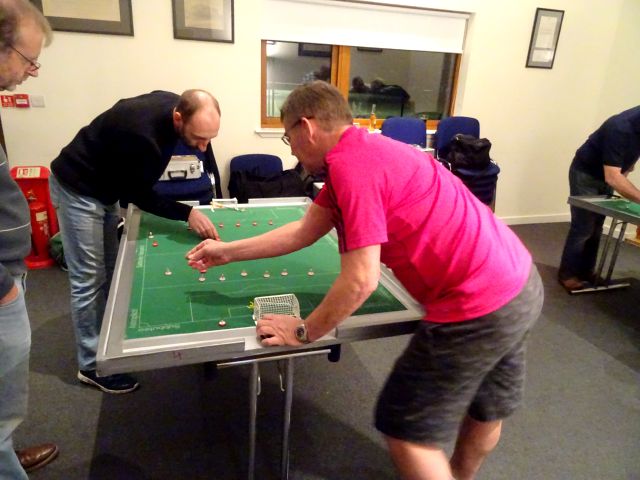 Dave Gladman also moved up the table after gathering four points. First came a 3-1 win against Bave Bari. The players were locked at 1-1 at half-time but Gladman managed to gain control in the second half to take the points. Gladman then drew with Ronnie McKenzie in a match not without controversy. McKenzie dominated most of this match though Gladman did have a few really good opportunities to score. Both goals came in the closing minutes first by McKenzie with a shot which came out of the goal so quickly that the referee wasn’t absolutely sure that the ball had completely crossed the line. McKenzie was convinced and he did have the best viewing angle. Then after McKenzie had missed a chance to seal the game at 2-0, Gladman broke away to equalise. 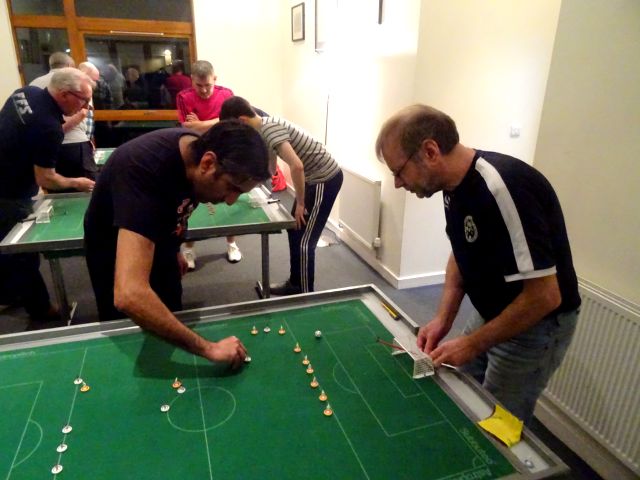 Prior to his defeat by Colin Berry, Fraser McKenzie lost to Willie Fleming in the league and Malcolm Lees in the Glasgow Cup, each time with a scoreline of 2-0. McKenzie continues to improve. He is good in possession and his defensive play is much more solid. He is also creating chances but these chances are not yet becoming goals. He is starting to compete well against the top players but he must improve his shooting skills if he is to start taking points from them. 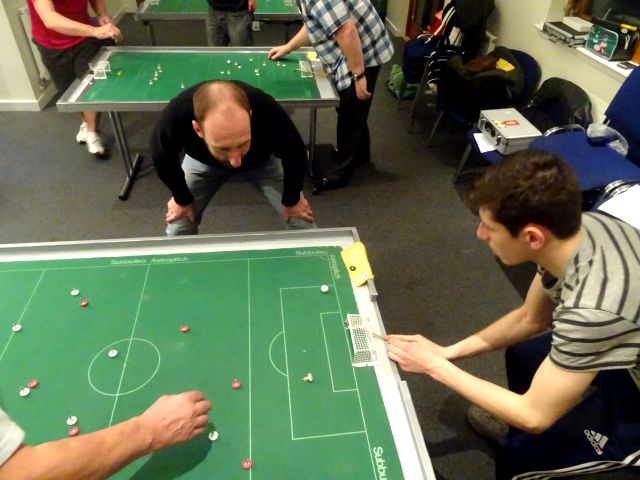 In a crucial Glasgow Cup match Willie Fleming lost 3-0 to Malcolm Lees. After a goal-less first half, Fleming lost his way after the break. Getting the first goal was all important in this game and Fleming, like Fraser McKenzie is not taking his chances when they come along. Lees has almost secured qualification from Group A but it is still possible for Lees, Fleming and Barry Corr to all finish on nine points. 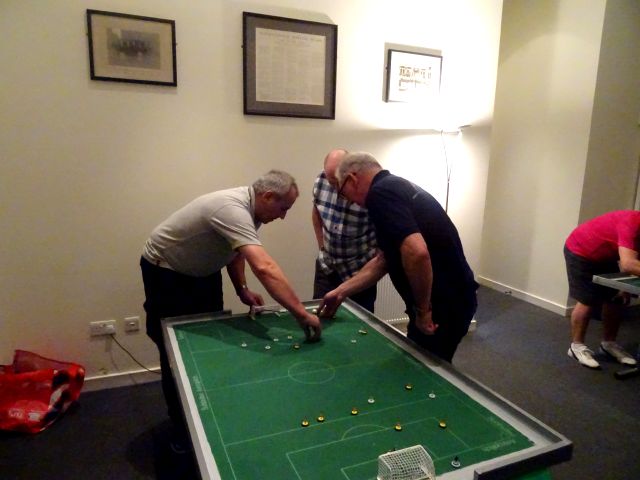