Only five players turned up for the first night of the new year and only three matches were played. Baver Bari was to suffer a new year hangover with two defeats but they were to the two leading players, Malcolm Lees and Tom Burns. Both players seemed intent on improving their goal difference, chalking up big scores of 6-0 and 8-1. It is therefore ‘as you were’ at the top of the table. Bari can be really good in possession and his shooting can be a powerful weapon but the defensive part of his game needs improvement. He allowed his opponents far too many shots at goal. He often doesn’t use his defensive flicks productively and sometimes doesn’t use them at all. Until he focuses on defensive tactics he will struggle against the top players. 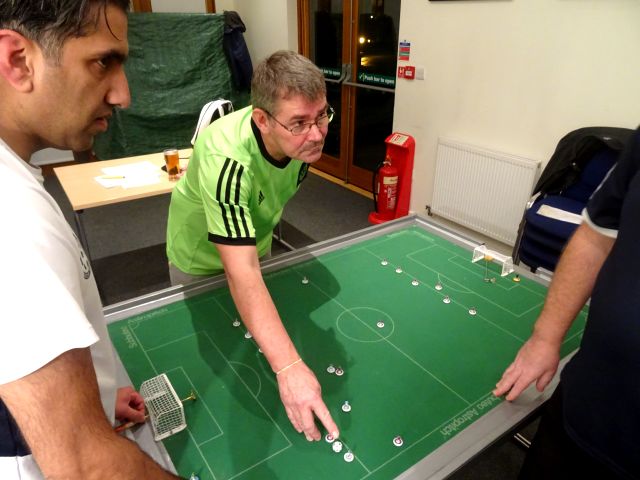 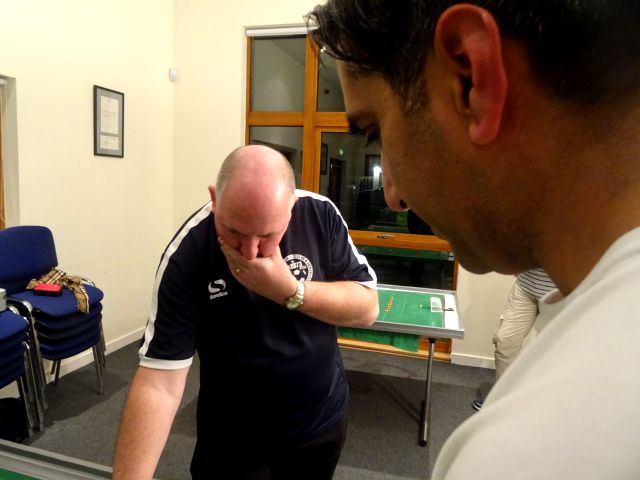 Dave Gladman defeated John Halpin 1-0 in a close fought encounter. Both players’ attacks repeatedly broke down as they failed to get clear scoring opportunities. Chances, therefore, were few but it was Gladman who was able to convert one of them.