The last time Tom Burns faced Colin Berry he swept to a 6-0 victory. Tonight, however, it was a completely different story. It was the Woodend Handicap Cup (Holder, Baver Bari) and Berry had the benefit of a 2-0 start against the league champion. Burns started with aggression but it was Berry who had the best chance in the early stages, a chance which he failed to take. For the rest of the half Burns continued to press but most of his opportunities came from wide angles. But Berry was dangerous on the break and he scorned two further really good chances. The second half continued in the same vein but as the game wore on more errors began to creep into Burns’ game. As the tension mounted dubious decision making by Berry began putting him under more pressure and finally Burns found the net but with only just over a minute remaining. Berry kicked off and managed to hold possession until the final whistle blew. On Burns Night it wasn’t Burns’ night. It was a fine victory for Berry who now faces Willie Fleming in the next round. 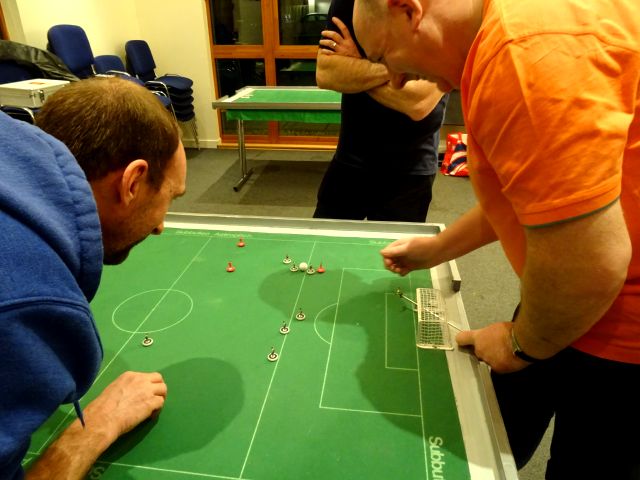 Up until tonight John Halpin has had seven draws in the league. He was still searching for his first league win. One of those draws was against Willie Fleming who was Halpin’s opponent again this evening. Fleming dominated the first half but could not find the net. Halpin was much better in the second and mid-way through he took the lead. There was some controversy around the goal with Fleming not convinced that the ball had fully entered the shooting area. The referee, however, was adamant that the ball had indeed crossed the line. Time was running out as Fleming pressed for an equaliser. It looked as if Halpin would record his first league victory but with only FIVE SECONDS remaining Fleming scored! Seven draws had become eight for the dejected Halpin. 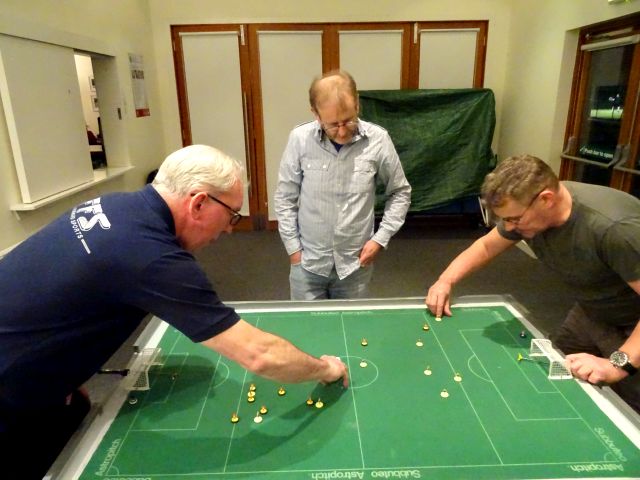 Before tonight Fleming had the belief that he was still in the title race but two points dropped to Halpin did not help his cause. His title aspirations were dealt a further blow when he dropped two more points, this time against Dave Gladman. This was a slow tactical game played in the middle of the park with few shots on goal. Fleming though, did take the lead but was pegged back only a couple of minutes later. Thereafter neither player was able to create any further chances. 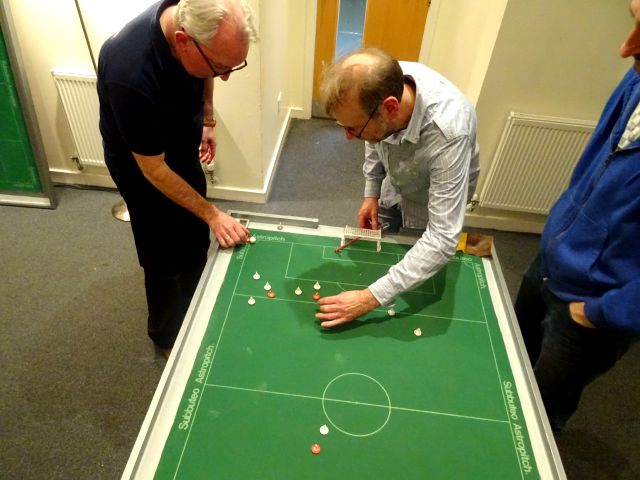 Prior to Colin Berry’s epic match against Tom Burns, he played in the league against Dave Gladman. As Gladman struggled to find any rhythm to his game, it was Berry who dominated the first half and it was he who took the lead on the stroke of half-time. Gladman started the second period with much more purpose and soon drew level. It looked as if it would be a share of the spoils but Berry missed an easy ball just outside his own shooting area. Gladman was quick to capitalise and the three points were his. 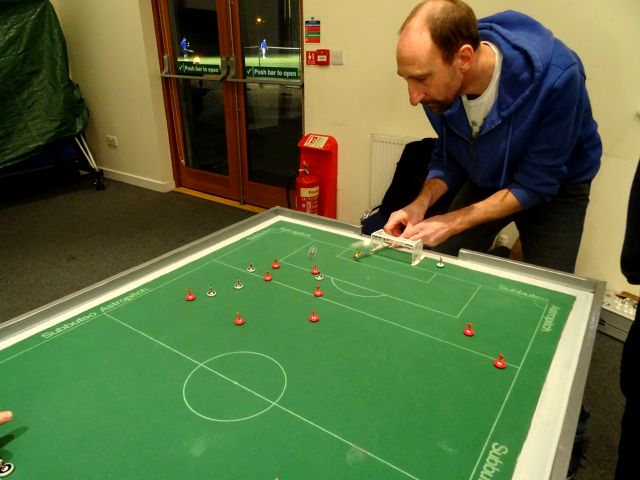