Barry Corr will almost certainly finish the league in at least fourth position. If he could win all his games in hand he would go above Tom Burns. Tonight an opportunity to really stake a claim was lost when he went down narrowly to Willie Fleming. Corr drew first blood in the match but Fleming managed an equaliser before half-time. Fleming scored the all-important winner with a quick shot on the run mid-way through the second half. Corr had doubts as to whether the ball had entered the shooting area but the referee was well-placed to rule. Near the end of the match Corr had further cause to question the referee who judged that a ball hadn’t crossed the shooting line when Corr was attacking. Fleming, however, once again joins Burns in second place but with two games in hand. 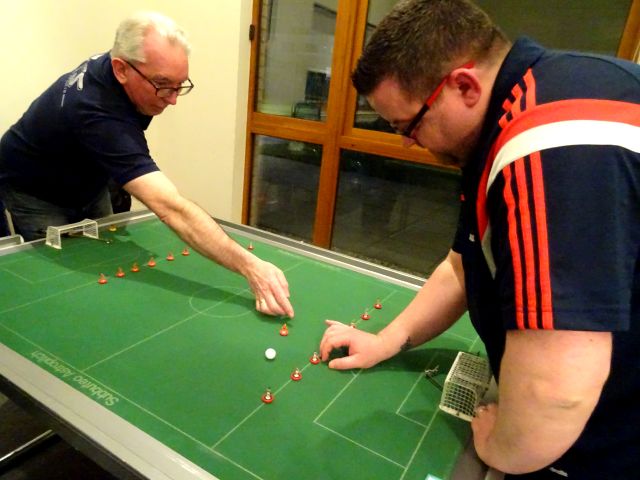 Barry Corr did win his second match, this time against John Halpin and so moves up to fifth place. Corr opened the scoring with a superb shot from long range before consolidating his lead with a second goal. Halpin pulled one back before half-time but that is where the scoring ended. This was the first match at the club to be filmed using ‘Periscope’ and drew an audience of two, Mark Farrell and Colin Tarry tuning in from England. 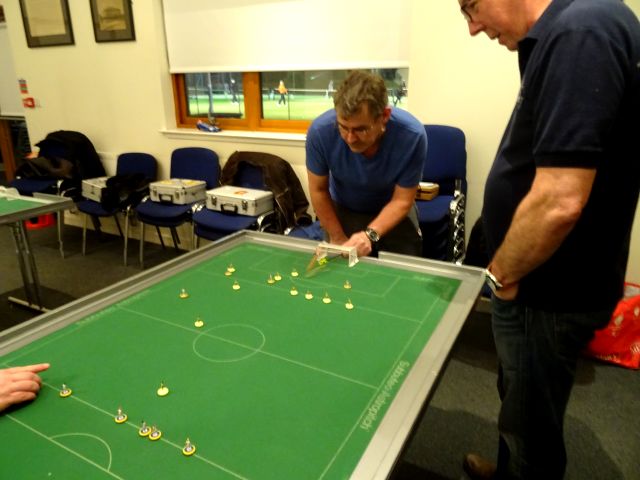