Baver Bari moved into the semi-finals of the Woodend Handicap Cup with a crushing victory over Dave Gladman in their quarter-final replay. Bari opened the scoring in the opening minute with a shot which took Gladman by surprise. Now two goals behind Gladman proceeded to attack but despite creating numerous chances he could not find the net. Bari went on to take advantage of the gaps left in the Gladman defence and scored three further goals. Gladman’s single goal was only a consolation. Bari fully deserved his semi-final place. 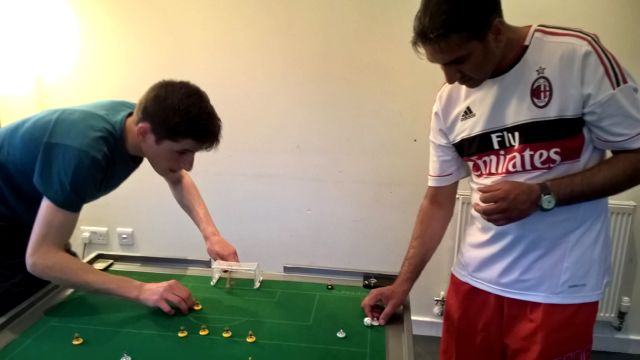 It was an opportunity, now that his exams were finished, for Fraser McKenzie to catch up on his league games. His first match was against Colin Berry. Berry played well in the first half but came to regret that he only had a one goal lead at the interval. McKenzie came back to level in the second period. McKenzie then faced Baver Bari, fresh from his victory over Dave Gladman. After a goal-less first half the two players shared six second half goals and a share of the points. McKenzie was leading 3-2 in the final minute when he carelessly lost possession and allowed Bari to nab a probably deserved equaliser. Finally Fraser McKenzie played father Ronnie. Fraser dominated possession in this match and created a stack of chances but he could not score. Meanwhile father Ronnie gave his son a lesson on finishing with four well taken goals. Fraser was left wondering how he had lost this match, never mind by four goals to nil! 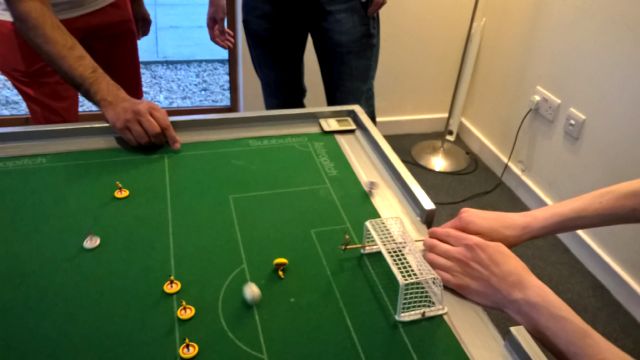