Only two matches were played this evening. Baver Bari completed his league programme with a match against Barry Corr, Bari v Barry as it were.This game see-sawed from beginning to end. Corr started well but it was Bari who went ahead. Not for long though as Corr levelled shortly after and then a crisp finish put him ahead before the interval. The second half was more of the same but although Corr was more dominant it was Bari who equalised with a well taken shot. Corr took the lead again only for Bari to draw level again. It looked like a draw but Corr dug deep and rattled home a beauty from long range to seal the points. 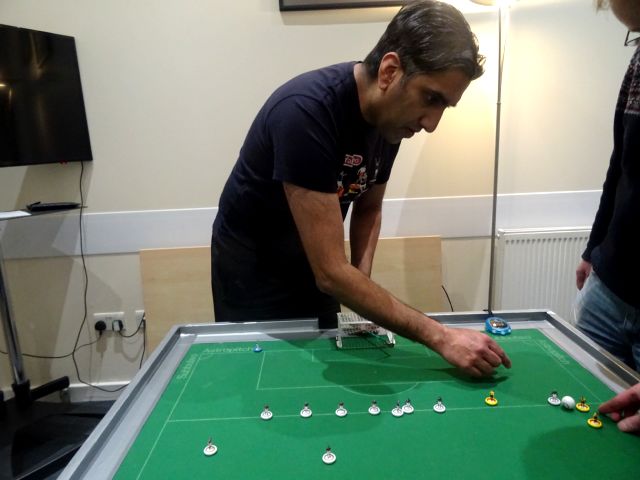 Next followed an Association Cup semi-final encounter between Tom Burns and John Halpin. This game turned out to be a rip roaring affair. Much like the previous game it swung from end to end with Burns probably creating more chances. Halpin went ahead with a fine strike, his first serious effort. Burns was slightly rattled  but equalised within 20 seconds. That ended the first half scoring. On to the second half and Halpin again took the lead. This might have looked like loose defending by Burns but some of his blocking was outstanding, regularly taking out two men with one block. Again he equalised within a couple of minutes, much to Halpin’s dismay. But Halpin wasn’t finished yet and with a minute remaining hit a screamer on the the run, putting him ahead for a third time. Time was running out and Burns’ grip on the trophy was slipping away but with only 30 seconds remaining and knowing it was problaby his last chance a Burns’ trademark distance shot flew into the roof of Halpin’s net. Even then Halpin managed to get through again but with the clock ticking he missed the ball and it was all over. They will have to do it all again. Halpin has come a long way in a short time and is now a serious contender for the club’s major trophies. Treat him lightly at your peril! 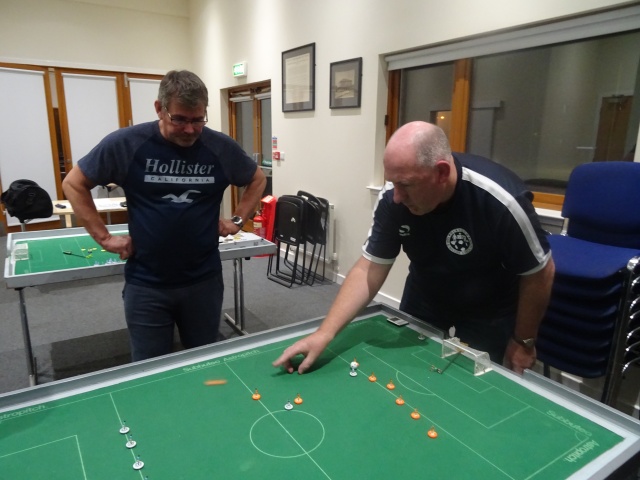