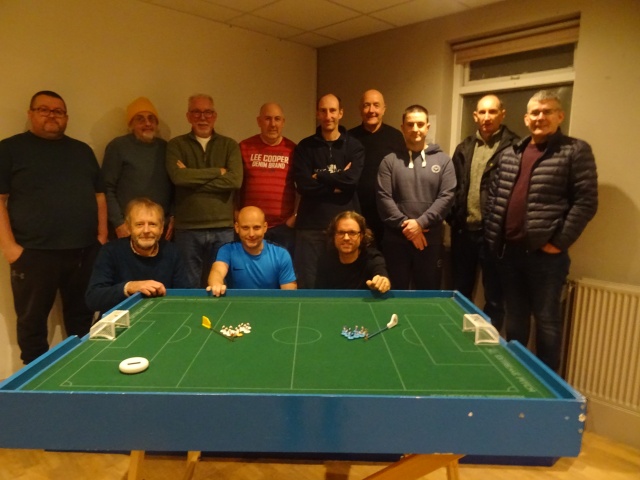 In what was the best attended club night for some years, twelve club members enjoyed a great night’s subbuteo. Tom Burns returned to the top of the league with two comfortable wins over Ryan McPhail and Colin Berry. A win for Dave Gladman would have kept him in number one spot but his match against Ronnie McKenzie ended in a 2-2 draw. Gladman had to twice come back from a goal down. McKenzie played impressively this evening displaying excellent possession play. Against Willie Fleming, McKenzie didn’t, however, have quite the finishing touch. The game finished 0-0 but Fleming conceded that McKenzie was unlucky not to take all three points. Goals came more easily for McKenzie in his 4-0 victory over Brian Spoors. 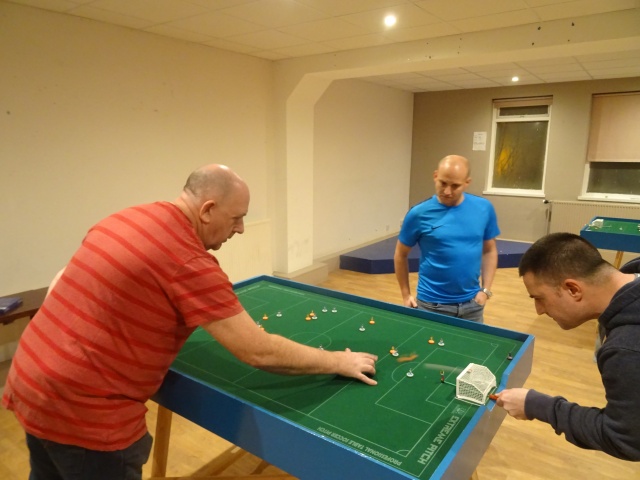 Spoors did add another league point against Dave Houston, the match finishing 1-1. That was Houston’s first league point, having lost his other four matches. Houston does have a decent defensive record with all those matches having been lost by a single goal, the latest tonight to John Mathieson. Scoring goals remains his problem.

One player who doesn’t usually have a problem finding the net is Dave Butler and tonight he added five goals without reply, Colin Berry conceding three and John Mathieson two. Butler therefore maintained his 100% record after three matches, moved up to sixth place from which he is expected to climb in the coming weeks. Mathieson played a good match against Butler and felt perhaps he could have run the former Glasgow number one a bit closer.

The club welcomed the return to action of John Halpin who had missed the start of the season due to a hand operation. Halpin just managed to get past Ryan McPhail with a 1-0 win but was better pleased with a 3-1 defeat of Willie Fleming, who is struggling to find the form which won him the Association Cup. McPhail has only gained one point thus far but for a player new to the league he has been competitive in his matches and avoided heavy defeats. 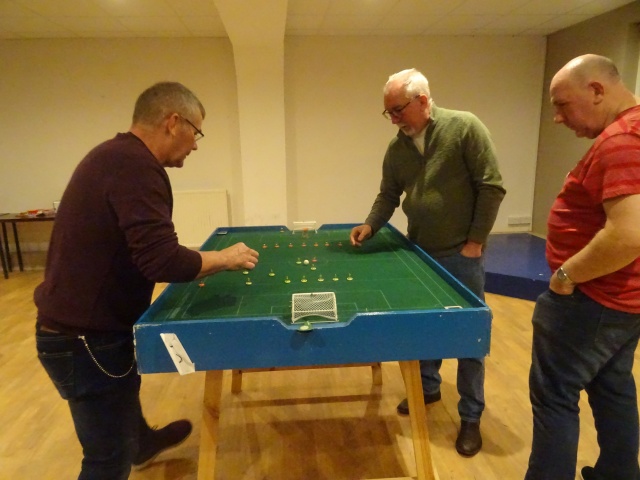 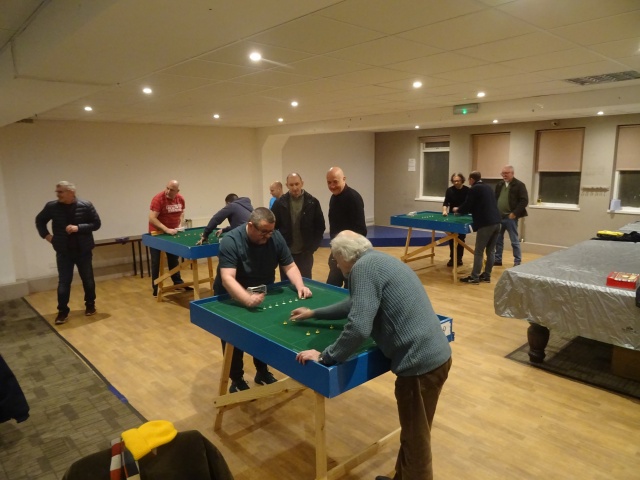