Eight games were played tonight, five in the league and three in the Glasgow Cup. 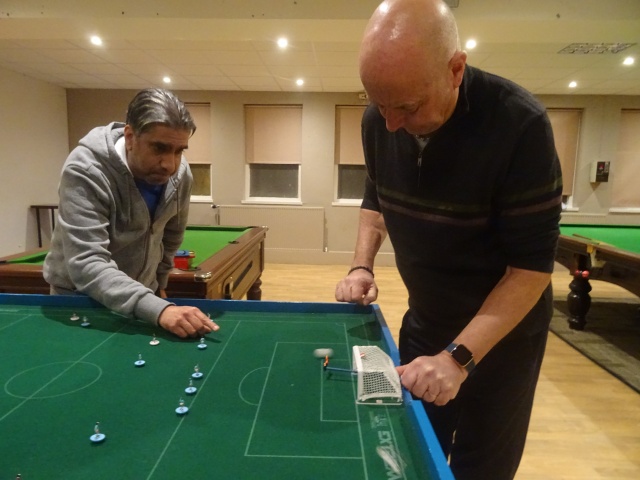 In the league Dave Butler lost his 100% record after a no-scoring draw with Dave Gladman. Butler had much the better of the first half with Gladman failing to have even one shot on goal. The second period was more even but defences were still on top. Both players remain undefeated but Gladman has now had five consecutive draws. Butler’s draw allowed Tom Burns to go five points clear after defeating Dave Houston 3-0. Burns, however, has played three more games. Later Houston did get another point on the board. He led Baver Bari 1-0 at half-time but couldn’t hold on to that lead and conceded in the second period. Bari had earlier lost out to John Mathieson who is now only three points behind Bari but with four games in hand. Colin Berry continues to enjoy perhaps his best season, moving on to the eighteen point mark with a 3-0 win over Brian Spoors. 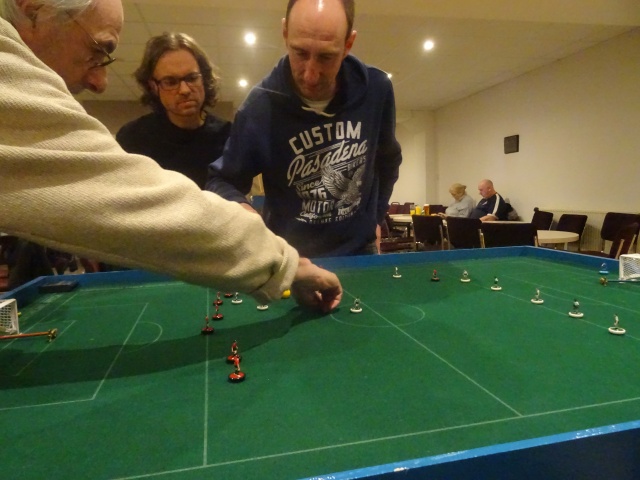 In the Glasgow Cup, Tom Burns again lost out to Dave Butler. This time it was by a two goal margin, Butler scoring in each half. Also in group B, Dave Houston lost out narrowly to Colin Berry by 1-0. Houston had by far the greater number of chances in this match but could not convert any. In group A, Brian Spoors look the lead against John Mathieson. Mathieson eventually equalised but he spurned so many opportunities to win the game. It was an inspired performance by the Spoors’ goalkeeper. Mathieson will probably now have to settle for third place in the group. 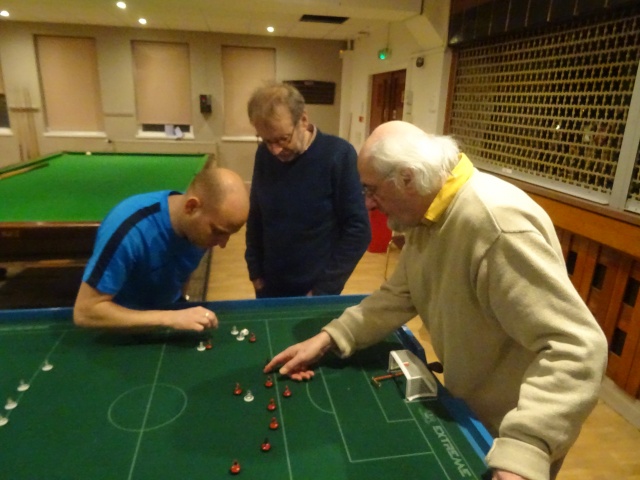 The League table can be viewed here.

Full Glasgow Cup results and tables can be viewed here. 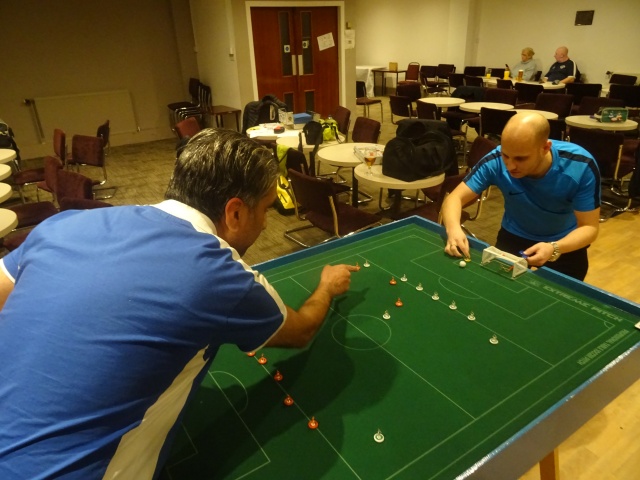