Fifty players from all over the UK as well as Italy, Malta and Greece took part in the individual categories. This was a good increase on the 2013 Glasgow Grand Prix, also in the Normandy Hotel. With the help of sponsors McCrea Financial Services the event had been publicised in the Daily Record, Evening Times and by STV Glasgow. Partick Thistle’s Lyle Taylor had visited visited GTSA on our club night at Woodend. 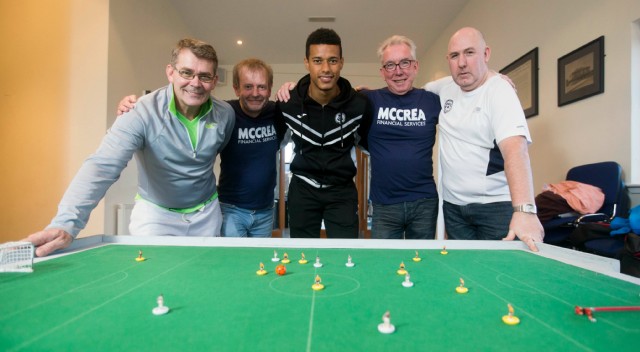 In the Open, 24 players were drawn into six groups. Angelo Borg of Malta was pre-tournament favourite but Borg failed to win his group losing to London Essex’s Dave Pawsey. This meant that Borg, after beating Antonio de Francesco in the barrage, had to face number 2 seed Kostas Sesses in the quarter-finals. This was the key match and after deadlock at 2-2, it was Sesses who was to win on shots. Indeed, it was Sesses who went on to take the title with a 1-0 win in an all Greek final against Dimitris Kosmopoulos. No Glasgow player managed to get beyond the group stage though Barry Corr went out on goal difference. It was a good tournament for Dundee United’s Steve Bennett who, after winning his group, reached the semi-finals only to lose in extra-time to Kosmopoulos. 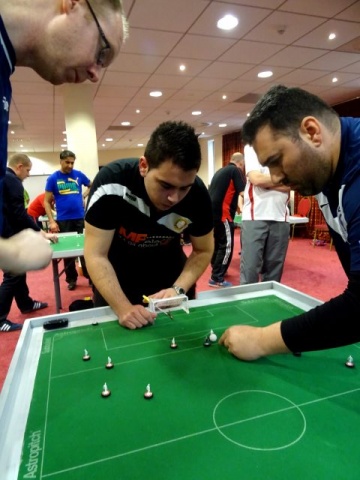 Though only seeded four, Stefano de Francesco of Perugia swept everyone before him to take the Veteran title. In his six matches he scored 35 goals and conceded none! The best result against him was by Manchester’s Malcolm Lees who lost 3-0 in the semi-finals. It was a successful day for Lees who earlier had beaten number 1 seed Giorgos Aggelinas in the group stage. Martin Hodds of Yorkshire Phoenix also performed well, taking the scalp of fellow club-mate, Brian Daley on the way to the final where he met the unstoppable de Francesco. Glasgow’s Tom Burns, Dave Gladman and Ronnie McKenzie all qualified out of their groups in second place but all were to lose in the barrage. 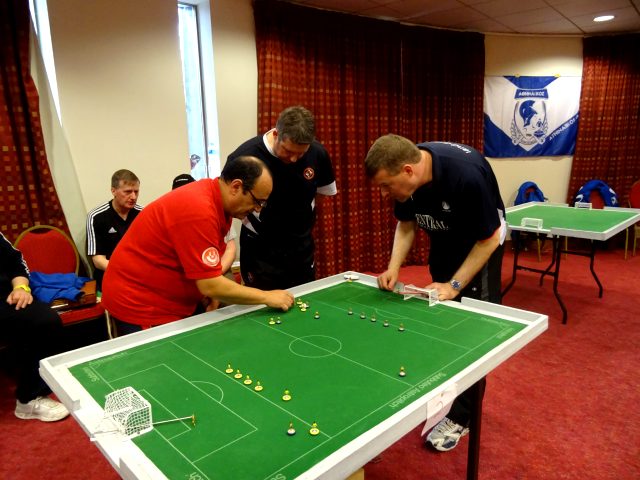 The Under-19 final did not start until 6.45 pm. This was because both finalists, Elliot Bellefontaine and Antonio de Francesco had performed well in the Open, the former reaching the quarter-finals and the latter, the barrage. It was an excellent and very close final. Bellefontaine scored in the first half and kept that lead until half-time. But de Francesco equalised in the second half to take the tie to extra-time. It took de Francesco only 2 minutes to score the all important golden goal, finding a gap in the middle of the Bellefontaine defence and driving home. It was unfortunate for Kent’s Joseph Kinrade that the delay to the competition meant that he was unable to play in the barrage. Glasgow’s Fraser McKenzie, however, qualified out of his group and went on to the semi-final losing to de Francesco. Joseph Kinrade had enjoyed earlier success in the Under-12 category winning the round robin against fellow Kent Players Thomas Price and Christopher Atkin. 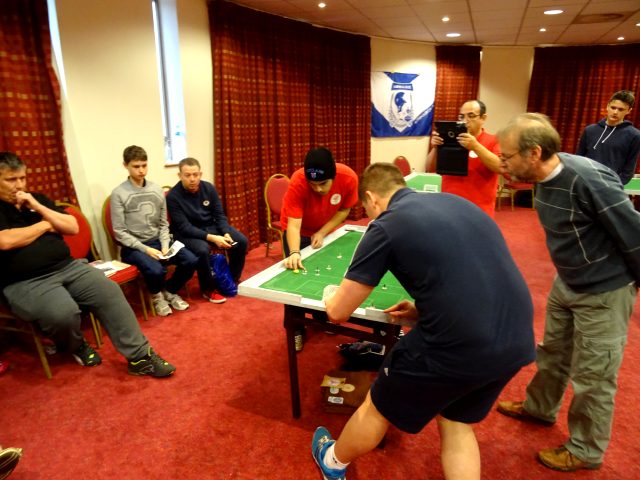 Fifteen players took part in the Plate. In the final, Mike Burns, scoring the only goal of the game, defeated Trevor Schott. 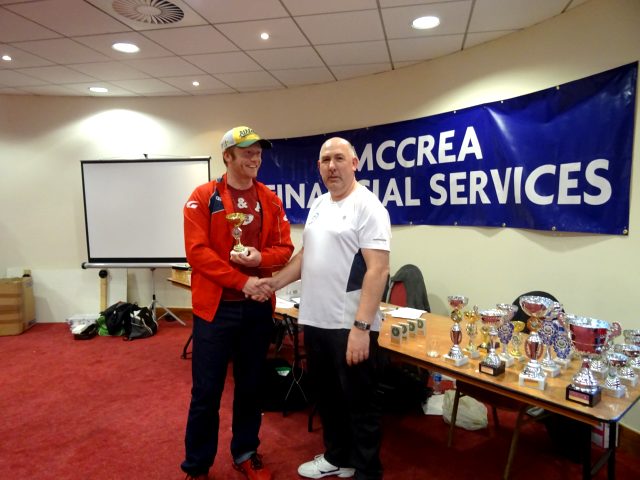